Melissa who is in her thirties is a rheumatoid arthritis patient. For more than ten years, she has been experiencing excruciating pain as her joints became inflamed and swollen. There were times she could not even hold a pen to complete her assignments as her finger joints swelled up and every movement was met with acute pain. She would feel feverish and constantly exhausted.

She sought medical treatment but test after test failed to diagnose her condition. Her blood test showed her to be non-reactive to auto-immune diseases. They prescribed high doses of steroids and anti-inflammatory painkillers.

It helped manage her physical symptoms but the attacks kept returning as often as two to three times a week. Her wedding was around the corner. What if her fingers swelled up and her wedding ring could not fit? She did not want to bring her health issues into her marriage and so she was desperate for a solution.

Madam Deva who is middle-aged has been suffering from occasional headaches that have become more frequent and intense. The headaches started four months ago and while painkillers were prescribed to dull the discomfort, she became anxious that it might be something more serious like an impending stroke. She went for an Electroencephalography (EEG) recording and even a Magnetic Resonance Imaging (MRI) scan but those tests found nothing. Meanwhile her headaches grew increasingly worse to the point where they became a daily affair.

Why is it that modern medical science cannot diagnose the ailments that the two women are suffering from? Why are medical specialists unable to resolve their issues? Is there something that these specialists are not seeing? Is there a ‘missing link’ in their understanding of the human body which stops them from finding permanent relief for the women’s woes?

Let us turn back the pages of history to recall how we have come to understand human anatomy and physiology.

The earliest studies on anatomy were done by the ‘father of biology’, Aristotle (384-322BC) by dissecting animals and cadavers. The Renaissance-era genius Leonardo Da Vinci used his artistic skills to make detailed drawings of the human anatomy.

At the same time, our forefathers also learnt about bones and muscles, and how those bones and muscles working together, for example, in the leg, produce motion. But what they did not know then was what caused muscles to contract to produce that motion.

In 1780, the Italian physician Luigi Galvani found that by sending electrical impulses through a frog’s leg it contracted and twitched. He concluded that electricity operates the muscles. In 1924 Willem Einthoven invented the electrocardiogram (ECG) that measures the electrical activity of the heart. We now know that the heart produces electricity or electrical energy and so does every cell in our body.

More than five thousand years ago, practitioners of traditional and complementary medicine already knew that our body has an energy system just like our circulatory system except it is a closed circuit energy system. Today we understand that this energy system in our body is bio-electromagnetic in nature.

The missing link in allopathic (mainstream or conventional) modern medicine is this understanding of the anatomy and physiology of our bio-electromagnetic system. The optimal functioning of this energy system is vital for the healthy functioning of our physical body and our emotional wellbeing.

Based on this understanding and with a common love for mankind, it is our hope that allopathic medicine will come to the same discovery. Only then can our health care be truly holistic. Treating the human being in body, mind and spirit, medicine then will no longer be allopathic, alternative or even complementary but integrative. There will no longer be a ‘missing link’.

The Mind-Body Connection in Psychosomatic Illnesses

Melissa and Madam Deva were thankfully healed with complementary medicine as they underwent Energy Psychology treatment for stress and trauma. Emotional Freedom Technique (EFT), a modality of Energy Psychology, believes that, ‘All negative emotions are caused by the disruption in the body’s energy system’.

The women’s physical pains were caused by past traumas and acute stress that had affected their energy systems and physiologies. This is called psychosomatic illness which alludes to the mind-body connection in a person’s health. ‘Psycho’ comes from the word ‘psyche’ or spirit and ‘soma’ while used for body is originally derived from the word ‘soul’. These actually refer to our energy body.

Doctors became aware that anxiety and stress cause illnesses which they sometimes cannot diagnose or heal. When doctors tell patients that their health problems are in their minds the patients often get offended and feel that the doctors are not taking them seriously. It is important to recognise that the physical symptoms of psychosomatic illnesses are real and not fake. All physical illnesses have a psychosomatic aspect especially if the illness is a chronic one.

…read on to discover more about the mind-body connection! Purchase volume 1, here to finish reading The Missing Link!

Isaac Lim is the founder of the Energy Psychology Centre and leader of the Malaysian EFT Chapter of the Malaysian Society for Complementary Medicine. Isaac’s empathic skills allows him to analyse the client’s energy system and help them make sense of their subconscious feelings and beliefs as to why they feel and act as they do. He specializes in pain management, both emotional and physical as well as psychosomatic issues of stress and trauma. He is contactable at izizlim@gmail.com 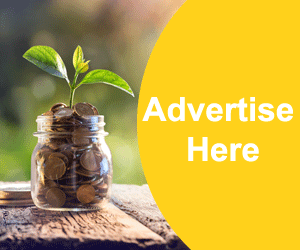 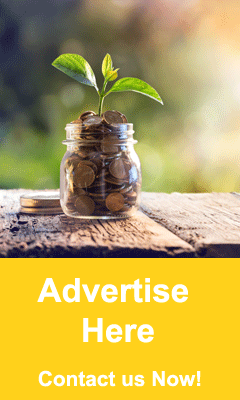 Life Lessons From A Caterpillar

Father’s Day Special : Showing Me How To Be A Dad
Scroll to top